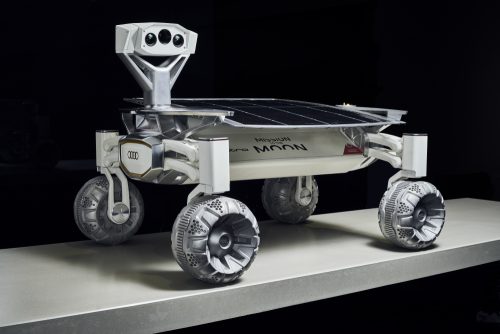 The Audi lunar quattro lunar rover is our fourth generation rover and comes complete with four-wheel drive and Audi quattro technology. This lightweight, solar-powered rover is sturdy and ready for the difficult terrain of the Moon, and has the capacity to carry (and power) up to 5 kg of payload. The rover leverages intelligent LTE data communication with ALINA when possible and will be remotely controlled from Earth via the PTS-Mission Control Centre in Berlin.

The Autonomous Landing and Navigation module – ALINA – is a tremendously versatile spacecraft designed to be compatible with all major commercial launch vehicles. It can travel from Earth orbit to lunar orbit using its own propulsion, and is capable of carrying up to 300 kg to the surface of the Moon. ALINA can also be used to deliver payload (such as CubeSats) to lunar orbit via CubeSat deployers mounted on its payload racks. Once it has completed its soft landing on the Moon, ALINA will be used as an LTE communications base-station. 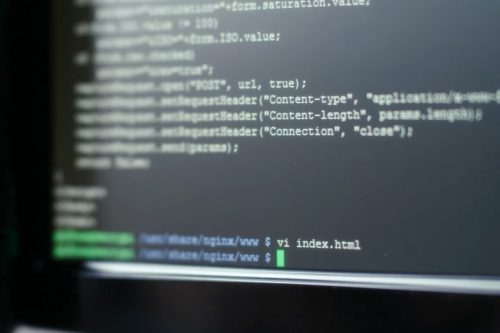 PTS is developing its own mission control software in conjunction with SciSys, and guidance, navigation and control (GNC) software with the University of Würzburg and the German space agency DLR. Our onboard software for ALINA and the Audi lunar quattro rovers runs on the RODOS operating system, selected for its ability to facilitate redundancy. We are using AI Solution’s FreeFlyer as a base framework for programming our mission simulations for orbital determination and flight dynamics.

We have developed our own bespoke cameras for the Audi lunar quattro rovers using a CMOSIS chip and Schneider-Kreuznach lenses. The multi-spectral camera has a focal unit as well as a filter wheel, allowing us to create spectral and/or focus stacked images. All our cameras are capable of taking HDR images, full HD video and still images (resolution 2K x 2K). We can also create stereoscopic video which will allow for 3D footage of the mission to be created. 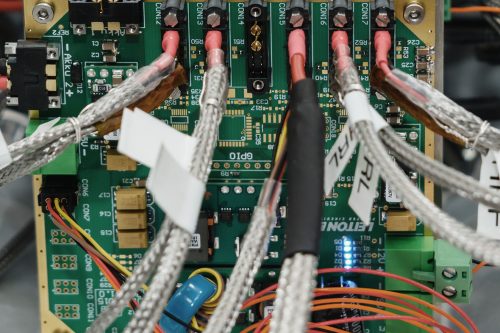 We have developed a highly efficient onboard computer that runs the RODOS operating system and will be on board ALINA and both of our rovers. It’s 10 cm x 10 cm form factor makes it compatible for use with CubeSats and it has built in redundancies and minimal power requirements. In future we may consider licensing our designs for use on other missions.

3D printing has been an integral part of our design process since our foundation back in 2008. 3D printing techniques using plastic were extensively used during development and production of our initial rover prototypes, and we applied the team’s 3D design and printing expertise to the Audi lunar quattro. Working with Audi, we have shown that 3D printed aluminium parts can be used to radically reduce the mass of our rover, without sacrificing stability, structure or strength. Approximately 80% of the Audi lunar quattro has been manufactured from 3D printed parts.